The Region B Blu-ray of The Nightmare Before Christmas is a two-disc set that comes with both 2D and 3D transfers and the versions are slightly different in terms of the way they are presented. The 2D version is the same AVC encoded Blu-ray that was released previously and is framed at 1.66:1, whilst the 3D version is a new MVC 3D presentation that is framed at 1.78:1. Since we have already reviewed the 2D Blu-ray here, we will concentrate on the 3D Blu-ray and the benefits of the added dimensionality. As mentioned in the main review section, the 3D conversion was done by Industrial Light and Magic back in 2006 and is one of the earliest examples of a 2D to 3D conversion. As such it is surprisingly effective and would suggest that a great deal of time and money was spent on the conversion. In much the same way that The Lion King lent itself to 3D conversion due to the simplistic nature of its 2D cell animation, the same is true of The Nightmare Before Christmas. The shallow depth of the stop-motion photography and the artificial nature of the world the filmmakers have created lends itself perfectly to the 3D conversion process. This new 3D Blu-ray presentation takes the excellent 2D transfer and further enhances it in terms of picture attributes, adding dramatically enhanced depth cues thanks to the 2D to 3D conversion. Whilst not as dimensional as the 3D Blu-ray of Coraline, which was shot in native 3D, the conversion is still very impressive. The animated figures and sets all have a genuine sense of dimensionality and the overall result is more like looking through a window with no objects in negative parallax, that is coming out of the plane of the screen. Instead the dimensionality is focused inwards, with positive parallax imagery nicely presented, to create a very natural sense of depth and perspective, comfortably positioned near the screen plane. The ILM animators clearly used a conservative depth budget when converting the film and this results in dimensional distinctions that are nicely nuanced in terms of depth. There are minimal artefacts as a result of the conversion, although complex objects such as intertwined tree branches can prove challenging for the conversion process. The colours remain nicely saturated and richly hued, with excellent blacks and superb shadow delineation, which is important due to the inherently dark nature of the film. There is some slight and infrequent crosstalk when dark objects are silhouetted against high contrast backgrounds but for the most part the transfer remains crosstalk free, resulting in a genuinely rewarding 3D experience.

The soundtracks on both the 2D and 3D Blu-rays of The Nightmare Before Christmas are encoded using a Dolby TrueHD 7.1-channel lossless mix that is wonderfully dynamic and energetic and is built around Danny Elfman’s score. The score has a highly involving presence that makes use of a solid low end foundation and drives the narrative through the various songs. As is always the case with animated features, the dialogue is all done in ADR and is well recorded and spatially integrated. There is also plenty of surround action which results in an enveloping sound mix that makes effective use of the added surround channels to create very precise positioning. The low frequencies are presented with clarity and remarkable depth that can add impact to both sound effects and the score. The very low noise floor on the lossless track results in a wide dynamic range and the positioning, localisation, clarity and timbre are all well reproduced, ensuring subtleties are not lost in what is a very busy soundtrack. This is a well recorded and mixed soundtrack that is both entertaining and immersive, which helps to drive the film’s narrative and perfectly accompanies the film’s new 3D visuals.

All the extras are on the 2D Blu-ray and are identical to those included with the previous Blu-ray release, which was covered by Brian Day here.

What's This? Jack’s Haunted Mansion Tour – This is a look at the various haunted mansion rides at the four Disneyland theme parks. Every year, from October to January Jack Skellington takes them over as The Nightmare Before Christmas becomes the theme for them all. They can be viewed one of three ways: On Track – this a standard seven minute feature showing the four parks. Off Track – a more comprehensive 37 minute long feature that includes the shorter version plus interviews with engineers from the parks describing how they change the theme each year. Trivia Track – this can be opened during the shorter version and trivia pops up at certain times detailing the history of the rides.Tim Burton's Original Poem (HD, 11:37). The film is actually based on an original poem by Tim Burton himself. It's read here by Christopher Lee and accompanied by Burtons concept art for the film.Commentary by Producer Tim Burton, Director Henry Selleck and Composer Danny Elfman – Unfortunately this is a composite of three different commentaries which have been rather poorly spliced together. Danny Elfman’s enthusiasm for the project shines through throughout but the director’s part is taken from the original DVD commentary. Tim Burton himself pops up whenever anybody else has said anything interesting to clarify the matter.Frankenweenie (SD 30.05) – This is the original Tim Burton short made in 1994 about a boy who puts his dog back together after it's been run over. It is great to have this included on the Blu-ray and it is a very enjoyable short film. Ironically it was the tone of this short that resulted in Tim Burton being sacked from Disney in the first place. How times have changed and now Burton is in pre-production on a full-length version that he is making for Disney.Vincent (SD, 05:55) – This is another of Burtons older short films about a young boy who worships Vincent Price; it takes the form of a poem read by Price himself and is animated using stop motion. This is also an interesting and quite funny little short but it could do with a bit of cleaning up as the print is in fairly poor condition.Deleted Storyboards (SD, 02:56) – This includes the storyboards for three scenes that never made it as far as being animated. These scenes are ‘Behemoth Singing’, ‘Oogie Boogie With Dancing Bug’ and an ‘Alternate Identity of Oogie Boogie’.Deleted Animated Sequences (SD, 05:06) – This feature includes four scenes that made it as far as animation but were deleted for timing reasons. All the scenes have a commentary in which Burton expresses his wish that they could have been left in, particularly as they were only a few seconds long. The scenes are: ‘Jacks Scientific Experiments’ which is an extended version of the scene in the film, ‘Vampire Hockey Players’ which is an amusing scene involving Tim Burtons head, ‘Lock Shock & Barrel’ which involves the trick or treat kids and ‘Oogie Boogie Shadow Dance’ which is the scene Burton really wanted left in the film, it was removed to reduce the running time despite only being 17 seconds long.

The Nightmare Before Christmas is something of an acquired taste, so it is easy to see why Disney baulked at producing it back in the 1980s and it wasn’t until Tim Burton had established himself as a successful filmmaker that the studio was prepared to finance the production. There’s no doubting Tim Burton’s wonderful designs or the talent and skill of the animators but the problem lies with the script. The plot is not that interesting or entertaining – and it could really do with some laughs – resulting in a film that is ultimately just ghoulish rather than scary or fun. The voice cast try their best and Danny Elfman works his socks off but even the score feels like a disappointment, with no really catchy numbers that you remember after the film has finished. Ultimately The Nightmare Before Christmas is a film that you end up admiring rather than actually liking.

Any misgivings about the film itself, certainly don’t apply to the picture on this Region B two-disc Blu-ray release of The Nightmare Before Christmas. It comes with both the original 2D version that uses an AVC presentation that is framed at 1.66:1 and a new 3D version using a MVC presentation that is framed at 1.78:1. The image quality on both discs is superb, with accurate colours, deep blacks and excellent shadow detail. The transfer is pleasingly free of banding or compression artefacts, resulting in a clean and detailed high definition image. The 3D conversion was originally done by ILM and resulting 3D Blu-ray is very impressive, offering a nice sense of dimensionality within a reasonably conservative depth budget. The stop-motion puppets and the sets lend themselves to the conversion process and the results are impressive, with only minor artefacts on complex objects and very little crosstalk. Overall this is an enjoyable 3D experience that adds to the film and doesn’t diminish the impact of the original production.

The audio for The Nightmare Before Christmas is as impressive as the images with both the 2D and 3D Blu-rays sharing the same lossless Dolby TrueHD 7.1-channel mix that is both dynamic and immersive. The Danny Elfman score is highly engaging with an expansive sound field and wonderful fidelity, whilst the dialogue is expertly mixed to ensure both clarity and spatial integration. The surround effects are very active and take advantage of the additional speakers to ensure precise positioning and thus create an enveloping experience.The bass is solid and deep, providing support to the rest of the soundtrack and adding impact where necessary. This is a well recorded and mixed soundtrack that is both entertaining and immersive, which helps to drive the film’s narrative and perfectly accompanies the film’s new 3D visuals.

The new two-disc 3D Blu-ray of The Nightmare Before Christmas retains the same set of extras as the previous 2D release and whilst there is nothing new, they were already fairly comprehensive and it would be churlish to expect more. There is a pieced together commentary that includes Tim Burton, Danny Elfman and director Henry Selick, an excellent ‘making of’ documentary and other featurettes about the film’s production. There are also Tim Burton’s early short films Vincent and Frankenweenie, as well as Sir Christopher Lee reading Tim Burton’s original poem of 'The Nightmare Before Christmas'.

Overall this is an excellent package that offers both versions of the film as well as a comprehensive set of extras. The film itself might not be to everyone’s taste but the picture and sound are both superb, offering an immersive and enjoyable experience. The Nightmare Before Christmas is certainly recommended to anyone who is a fan of the film or the dying art of stop-motion animation or perhaps just wants to see a successful 3D conversion. 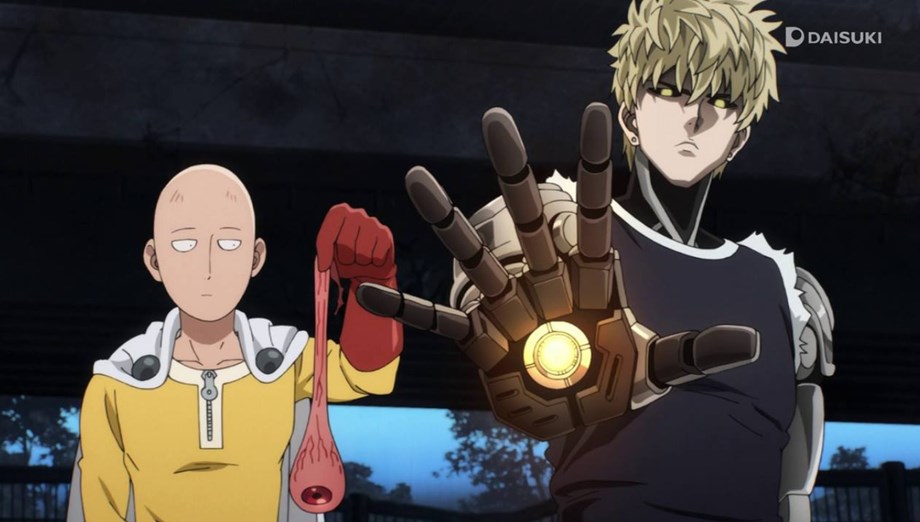 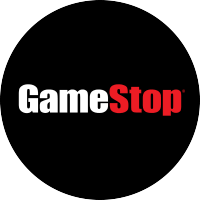