Benzinga’s Stock Wars series matches up two leaders in a major industry sector, with the goal of letting readers decide which company is the better investment.

In this week’s installment, we take off with a pair of low-cost U.S. airlines: JetBlue Airways (NASDAQ: JBLU) and Southwest Airlines Co. (NYSE: LUV).

Into The Blue Again: JetBlue was founded in 1998 and is headquartered in Long Island City, New York. The airline offers service across the U.S., Caribbean and Latin America.

In the first four months of this year, JetBlue made announcements including: its first service to Canada (a Boston-to-Vancouver route slated for the summer of 2022), approval from the U.K. Civil Aviation Authority for flights from the U.S. to London (the exact route and the launch timetable have yet to be determined) and the debut of its new international service to Guatemala.

JetBlue is also planning new routes from New York’s JFK Airport to Puerto Vallarta, Mexico and San Pedro Sula in Honduras for the winter, a new Boston-to-San Antonio route beginning in October, and flights out of Boston to Kansas City, Milwaukee and Asheville, North Carolina, for next year.

A new route between Miami and Hartford, Connecticut debuted in March.

JetBlue is also planning upgrades to its fleet. On Monday, the airline launched the first scheduled service of its new Airbus A220-300 aircraft in a flight from Boston to Tampa.

Separately, JetBlue Technology Ventures, the venture capital subsidiary of JetBlue Airways, made an investment in Universal Hydrogen to accelerate the development of hydrogen-powered flight.

One bit of troubling publicity has been a report of a U.S. Department of Justice antitrust probe of American Airlines Group’s (NASDAQ: AAL) partnership with JetBlue, with the concern that this union could diminish competition in the New York and Boston markets.

JetBlue acknowledged the probe in a statement.

“Our understanding is that DOJ’s review is ongoing, but we would defer to the department to provide specifics. We believe the alliance is already providing customers many of the benefits we’ve promised, with much more to come,” JetBlue said in a statement.

JetBlue issued first-quarter earnings Tuesday, and the numbers reflect the continued residue left by the coronavirus pandemic’s damage to the airline industry.

“Although our EPS remains in negative territory, we have seen meaningful progress in the demand recovery, and have started to gain momentum from the groundwork we have laid to emerge from the crisis as a stronger JetBlue,” said Hayes.

“Looking back to our work from 2020, I could not be more confident in our future.

See Also: French Government Gives $4.7B Infusion To Ailing Air France: What You Need To Know

The Southwest Experience: Southwest Airlines was founded in 1967 and is headquartered in Dallas. It provides service across the continental U.S. plus Hawaii and Puerto Rico, and its international service covers Mexico, Costa Rica, Belize and the Caribbean. 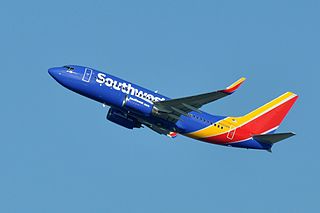 The company has a goal of achieving net-zero carbon emissions by 2050.

Furthermore, Southwest is also upgrading its fleet via an agreement with The Boeing Company (NYSE: BA) on 100 firm orders for MAX 7 aircraft, with the first 30 aircraft scheduled for delivery next year. As for the talent needed to fly its airplanes, Southwest has announced plans to bring back 209 pilots and 2,700 flight attendants on June 1, right in time for the summer travel season.

Southwest announced its first-quarter earnings last week, with $2 billion in operating revenue, down 51.5% from the $4.2 billion reported one year earlier.

However, the company also reported $116 million in net income profit, compared to a $94 million loss in 2020’s first quarter.

The profit was attributed to the more than $1 billion in aid that the airline received under the Payroll Support Program of the CARES Act.

“Excluding the benefit of PSP Extension proceeds and other special items, our first quarter 2021 net loss was $1 billion, or $1.72 loss per diluted share,” said Gary Kelly, chairman of the Southwest board and CEO.

Kelly said he has faith in the future.

“While the pandemic is not over, we believe the worst is behind us, in terms of the severity of the negative impact on travel demand. Vaccinations are on the rise, and COVID-19 hospitalizations in the United States are down significantly from their peak in January 2021. As a result, we are experiencing steady weekly improvements in domestic leisure bookings, which began in mid-February 2021.”

See also  Dr. Ana Maria Trenchi Bottazzi Honored as Woman of the Year for 2016 by Strathmore's Who's Who Worldwide Publication

The Verdict: Both airlines are making a concentrated effort to regain the momentum that was halted over the past year, and their respective route expansions show a hope that pent-up demand for leisure travel by pandemic-weary Americans will be uncorked as the public health crisis wanes.

Southwest’s order of new aircraft from Boeing confirms the company is eager to improve flight quality. The fact that many of its new routes are in smaller markets suggests it is eager to tap underserved areas to stand apart from the competition.

JetBlue, however, is the more ambitious of the two with its focus on the Canadian and U.K. markets. While these flights are still at least a year away, it clearly shows the airline is eager to differentiate itself from other low-cost carriers. And having a European destination raises the airline into a different competitive tier.